This is a brief architectural history of the church.

The documentary history of a parish church in Kinross dates back to 1246 but the present building dates only from 1832, when the church was moved from the burgh’s centre to a raised site at the edge of the town in the kirklands: the church’s own farmland or glebe.

The church is listed (protected) in Category B: buildings of regional or more than local importance. 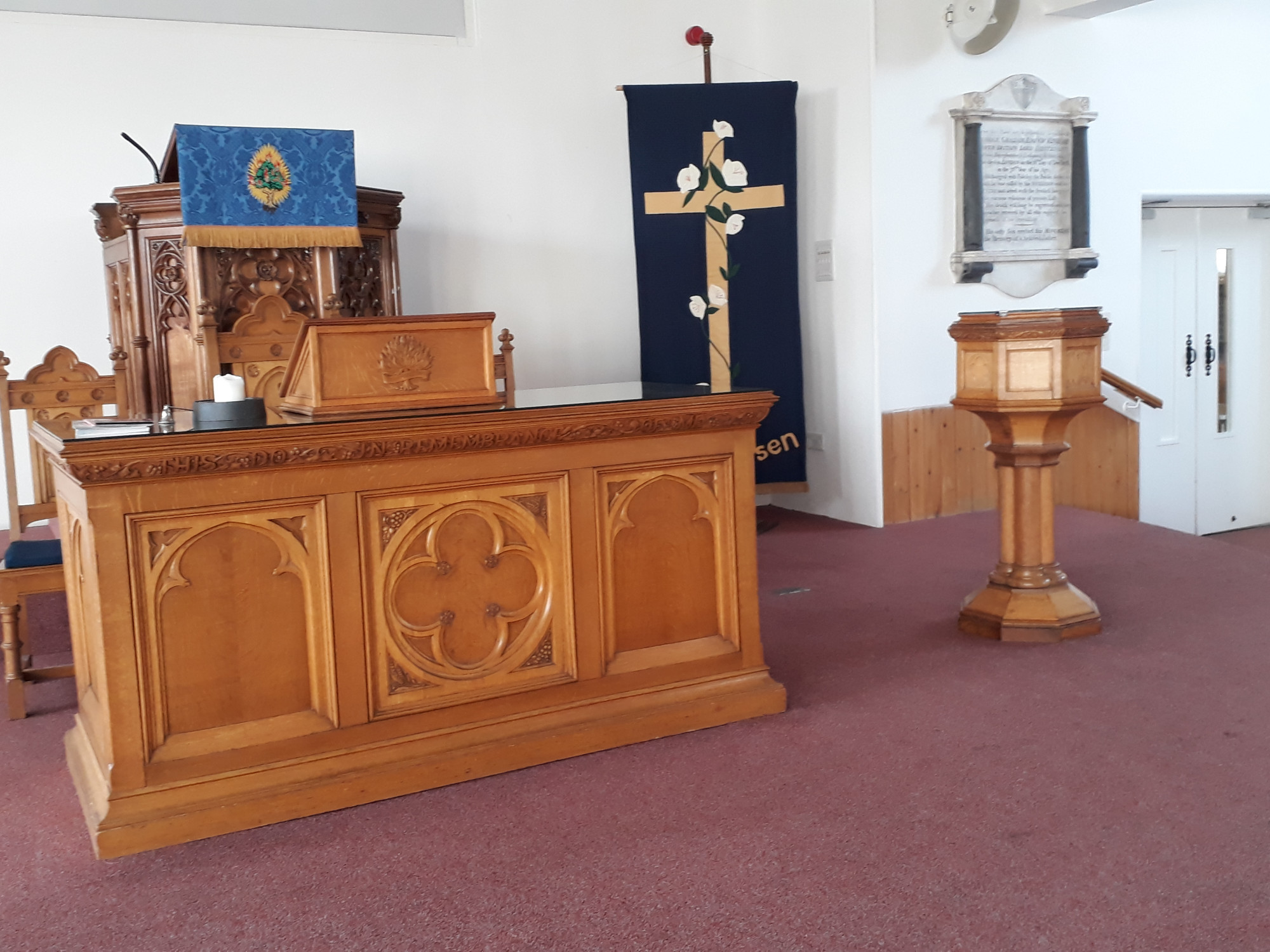 The 1830s saw many churches being built in Kinross-shire and adjacent counties. The favoured style for parish churches in Scotland by this date was no longer Classical but Perpendicular Gothic, as at Kinross. The present church was designed by architect George Angus and it cost £1,537; it is built of Kinross-shire sandstone, which weathers to a beautiful silvery-grey with some yellow and orange colouring.

To give the impression of a narrow, cross-shaped medieval church, the architect has disguised the square plan by the use of a double-M-shaped roof (giving the lower roof height of a narrower building), projecting gabled transepts and an impressive five-stage tower.

Externally, the only changes to the original design are the installation of a clock in the tower in 1930 as a memorial to the long-serving local GP Dr Oswald and the addition at the west end of a small suite of rooms in 1902.

A walk around the graveyard reveals lots of social and local history. Many of the farmers’ names remain those of farming families in the area today. One of the trades recorded is “Surveyor of the Great North Road” (Alan Watt d.1877) – the road passed through Kinross.

The interior was altered in 2005 to provide a welcoming modern church with enlarged entrance hall, central aisle, moveable seats, new lighting and heating, good quality AV, modern toilets, meeting rooms, kitchen and office. The gallery has some of the original pews from 1832, re-installed at a steeper rake in the 2005 renovations to improve sight-lines.

The basic form of the interior, however, remains that of the original Georgian kirk. There is little ornament and the pulpit is central and raised. There is a flood of clear light as the windows are large and almost all without stained glass. All of this is a reflection of the Reformed and Presbyterian tradition of worship practised in this building, with its emphasis on reading and preaching from the Bible by the Minister. 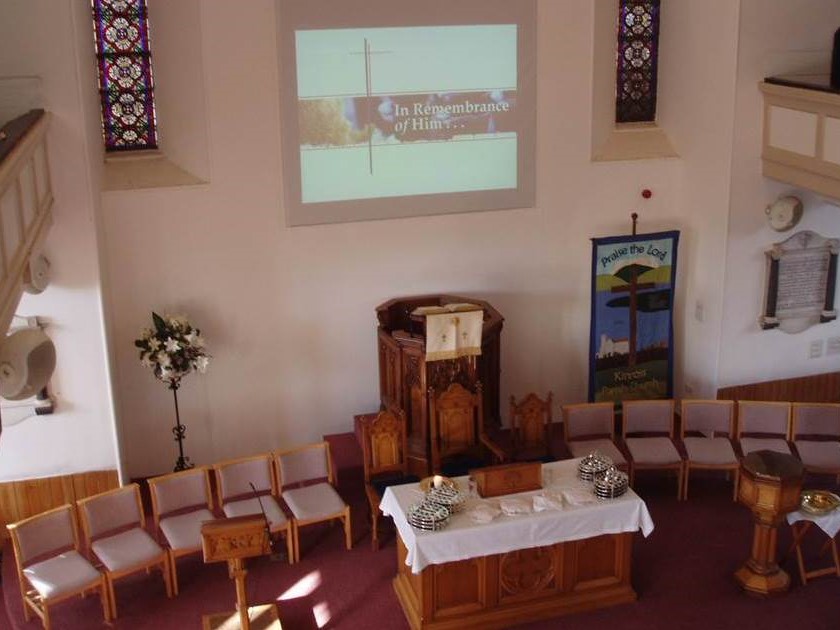 The communion table and chairs are a First World War memorial dating from 1923. The 1911 organ with its pipes behind (and dominating) the pulpit was replaced with an electric organ in the 1980s and the pipes themselves were removed as part of the 2005 renovation, returning the kirk to its original appearance and allowing the wall to be used as a projection screen. Upstairs in the gallery is the communion table from the old East Church of Kinross, which is now our Church Centre on the High Street.

Stained glass slowly became acceptable in the Church of Scotland in the 19th century – there are decorative patterns in the narrow lancet windows either side of the pulpit. Later, it became acceptable to include figures and on the north wall is such a window, which dates from 1926 and was donated by JB MacIntosh in memory of his parents.

The church has a number of memorial plaques, including two war memorials in the downstairs meeting room.